6+ months with the puppy – here is the update.

I didn’t realize that border collie’s can get this big so fast – he is now almost 7 months and weighs 42 lbs – and he’s tall. He must have a freak of nature because according to growth charts he should only be about 25 – 30 lbs by this time. He is actually quite long as well.

For the most part he’s a really good puppy, in the house he listens, his recall is great. Once we get outside his recall is gone, and he barks at everything and everyone. The barking is driving me nuts, I can’t seem to get it under control. We started a course called Reactive Rover – supposed to be a class that teaches me how to calm him down. The course outline states I have to bring either a bed or a blanket for him to rest on and 200 treats- yes 200 – oh my his tummy will be upset and he chewed on his bed and his blankets so I’ll bring a blanket and hopefully he won’t chew a hole in it. We’ve had 2 classes so far and things seem to be going fairly good, I seem to be able to quiet him down a lot quicker than before, let’s hope this continues and that he continues to stay calm.

I’m finding the whole puppy thing very exhausting – with little help in the house there are days that are downright unbearable and I could seriously just hand him over to anyone that would ask. I do get some help on the weekend which is better than nothing. I’m clearly not the alpha when it comes to his training – I really need help with this and every time I try and sign him up somewhere that I got a recommendation from – there is a massive waitlist. Who knew, my next option is reaching out to a place that would board and train him for 1 or 2 weeks. He does go to a puppy daycare 2x a week – he hikes, socializes with other dogs and is getting some training as well. I’m not as good as the daycare people but at least he is learning something and I’m benefitting from them teaching him.

He also has to learn to drop things he puts in his mouth – I have not been successful with this either – sometimes treats will work and other times nothing works and he just eats what’s in his mouth. Crazy the stuff he finds and eats.

There are days I wonder if my son actually googled border collies and at least had some idea of what we were in for – but I’m guessing NOT. Maverick does have lots of energy but I find the days that he can get into the lake and swim is super helpful and he’s exhausted that night and the day after, I’m being careful as I’ve heard of dogs taking in too much water in their system from swimming that they could die. Our walks are getting much better since I got the gentle lead – he’s not pulling on me and seems to be listening more.

Owing a puppy has had its growing pains for both of us (puppy and me). Someone I was speaking to recently likened bringing and caring for a puppy into your home to post pardon depression – such a great analogy.

Hoping to better days ahead and that the training will actually help. 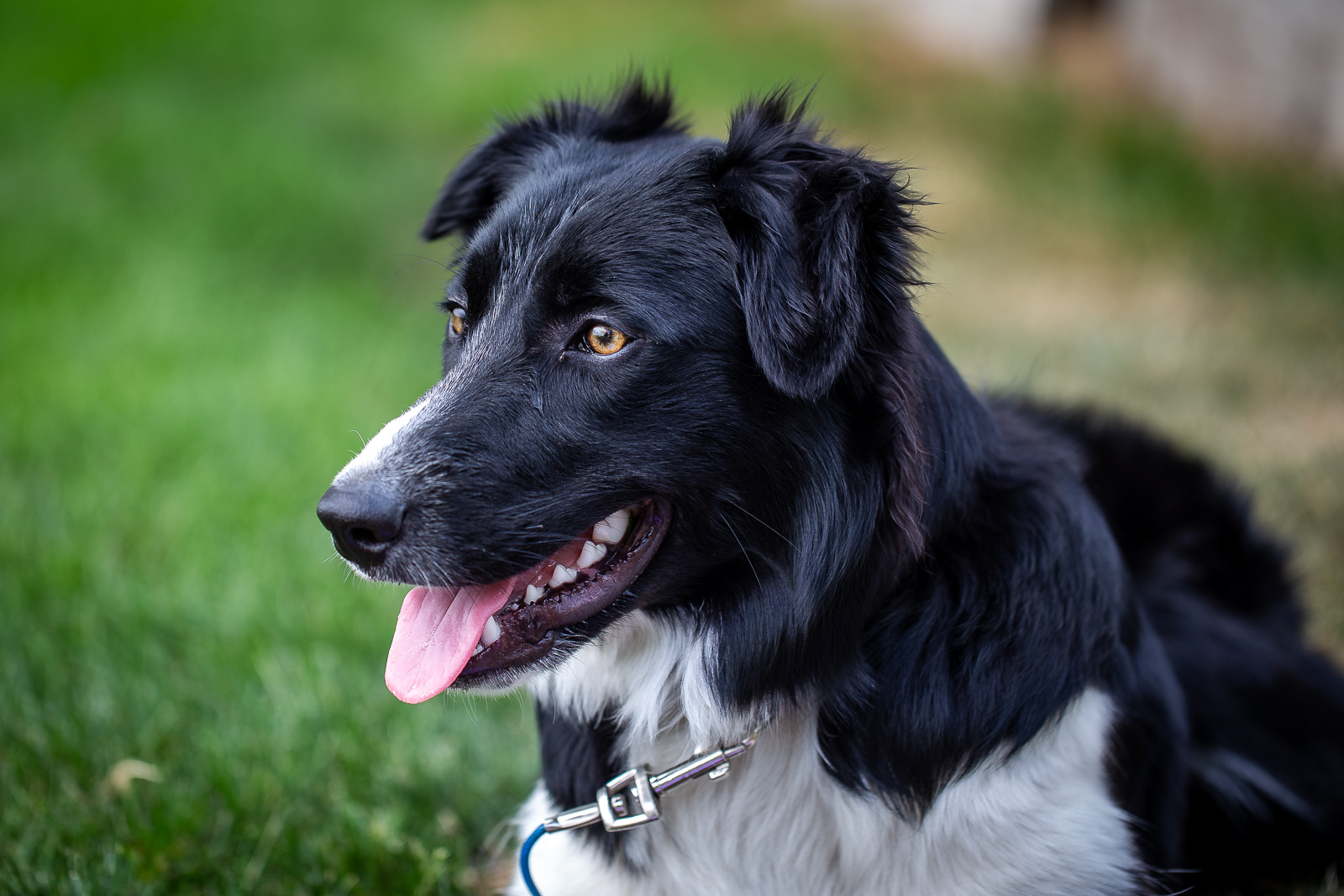