When I left you last we had arrived in Wuzhen Water Town.  There were so many waterways, traditional buildings , this town is 1300 years old.  So much many cafes, bars, restaurants and shops to explore.  We met our tour guide and walked around the town, over bridges, down narrow streets, we stopped at a winery as well, wine wasn’t too bad.  While at lunch there was a downpour and we had to stay put until it finished.  We took a boat on the canal.  Seeing all of the homes and bridges from the water gave us another perspective. 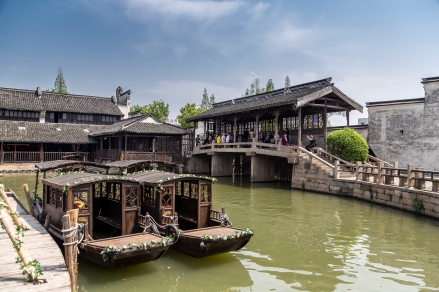 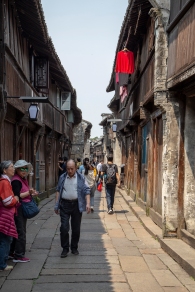 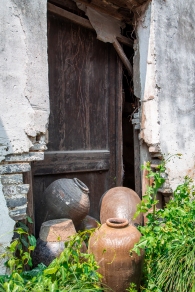 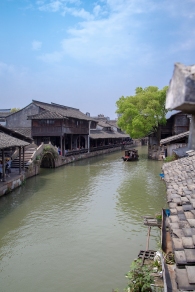 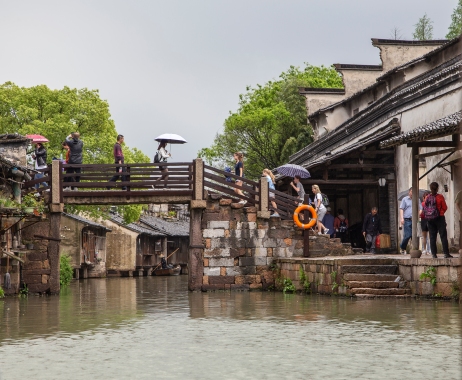 We boarded the bus for the rest of our journey to Hangzhou.  We got in late, had dinner and went for a walk along the waterfront before getting some sleep.  After breakfast we met at the bus for a city tour and the Lingyin Temple.  The Lingyin Temple is one of the top 10 Buddhist temples in China.  It is on the west end of West Lake.  There are many beautiful sculptures and pavilions. We went on a boat tour of West Lake, walked around the gardens, such a beautiful time of year.  It was a bit chilly, only 12 degrees C , as usual I don’t leave the house without a hat and gloves  – just in case and I’m always cold, so I travel with these in my suitcase in spring and fall just in case.  We came upon a group of school kids out on field trip, they asked all off us for selfies with them, so sweet, we never figured out why, but it was fun. 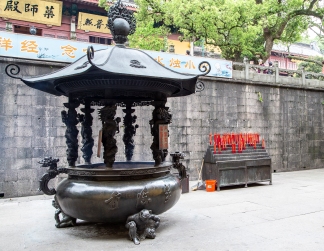 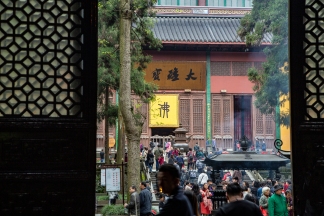 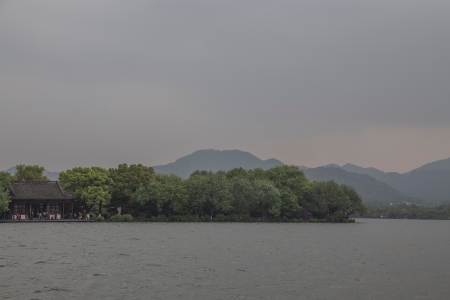 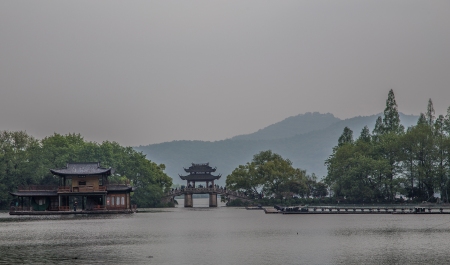 We only had one evening in Hangzhou, we chose to go see a show called Enduring Memories of Hangzhou at the Impression West Lake, which is a large on-water live-action performance featuring a symphony orchestra and dazzling night scenes. Directed by Zhang Yimou, the man behind the opening ceremony of 2008 Beijing Olympics.  We arrived about 10  min before the show started and were lucky to get 6 tickets in the first row and 2 a few rows up, VIP area.   The show was outside (it was warm out), performed on a stage that is beneath the lake’s surface.   The show is about an hour.  After it was done, we walked back to the hotel. 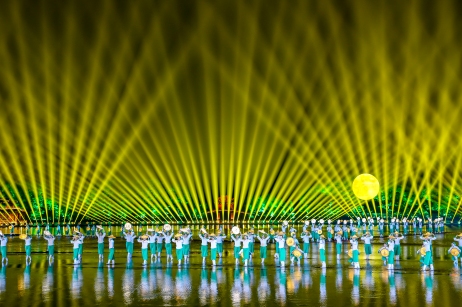 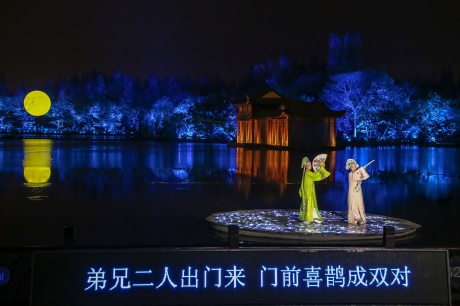 The next morning we had an early flight to X’ian to see the Terracotta Warriors.