When I was invited to the launch of Versace Eros by Dave Lackie I was super excited to learn about this fragrance of Love.  The bottle design is a sexy red – totally fitting, since Eros in Greek mythology was the God of Love and and Aphrodite’s son, the Romans called him Cupid 💘

The event was held at Terroni Restaurant downtown Toronto.  A winter storm ( we had snow, rain, freezing rain all in one day) had blown in that morning, making the commute a bit more challenging than normal, but did not deter me from attending, nothing could keep me away from this fabulous event.  I drove down earlier in the day so I would not be late, but to my surprise the roads were quite empty.  Arriving very early I walked around the Eaton Centre until it was time.

Arriving at the restaurant, I was blown away at how beautiful the room looked,  I was greeted with the signature drink for the evening – Moscow Mule – with mini gummy teddy bears in our drinks – and by our gracious host Dave.   On the table were large displays of Moschino Toy 2 Perfume.  So elegantly decorated, so many flowers.  Everyone was chatting, reconnecting, taking photos, and we noticed that a curtain was closing off part of the room.

bouquet at the top of the stairs 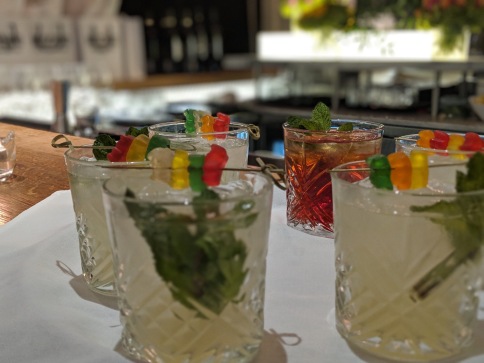 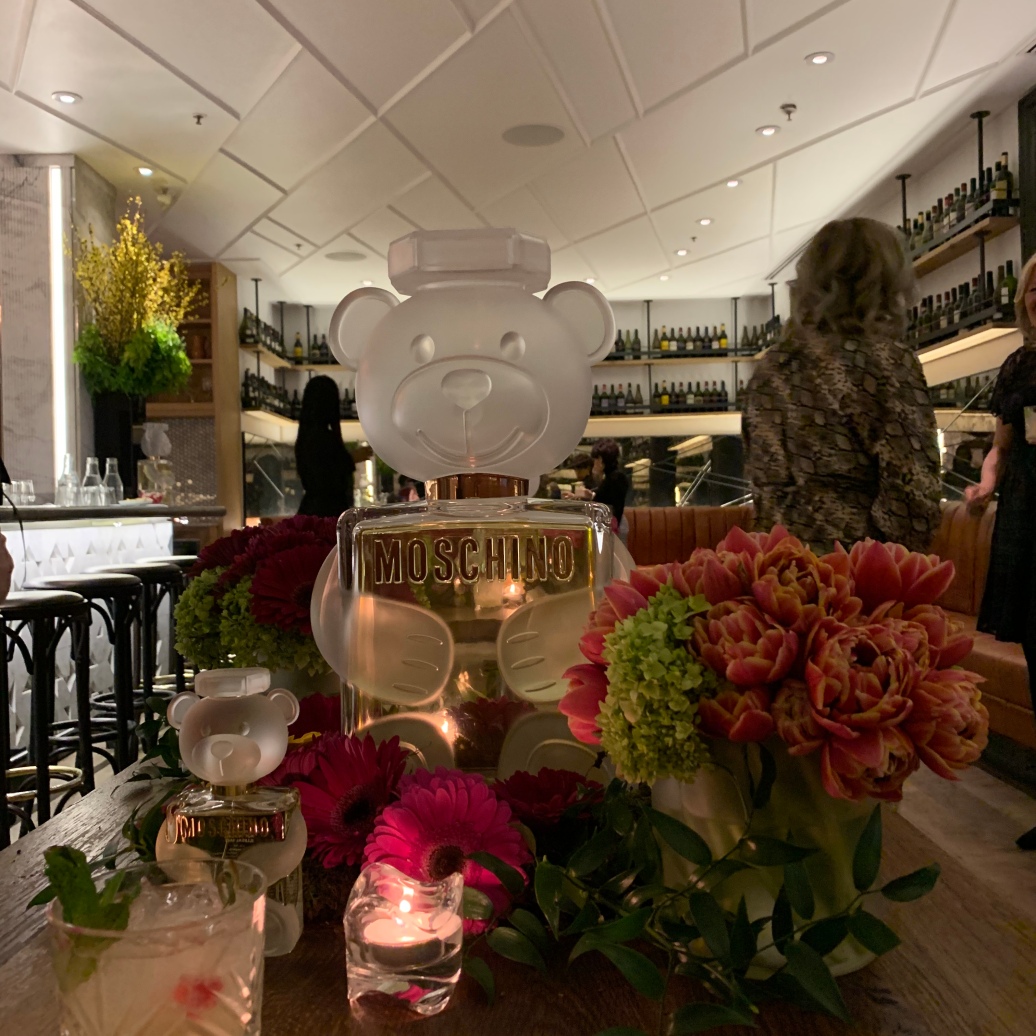 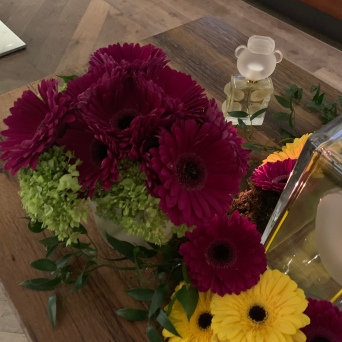 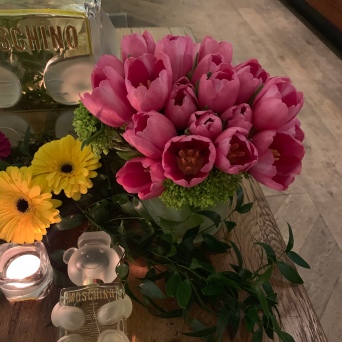 Dave announced that it was time for the big reveal…… Nicholas led the way.

The curtain was moved and WOW ……that’s the only word that came to mind……..So elegant, such a Miami vibe.   With 3 large fireplaces burning, the table was set with palm trees, oranges, roses ….. such a cozy feel on such a wintery evening. 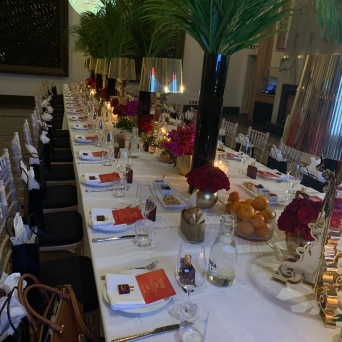 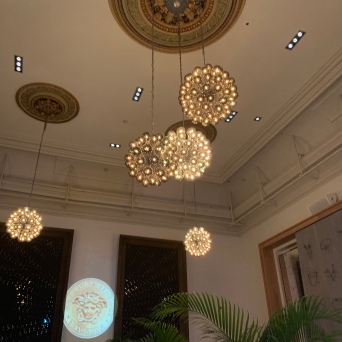 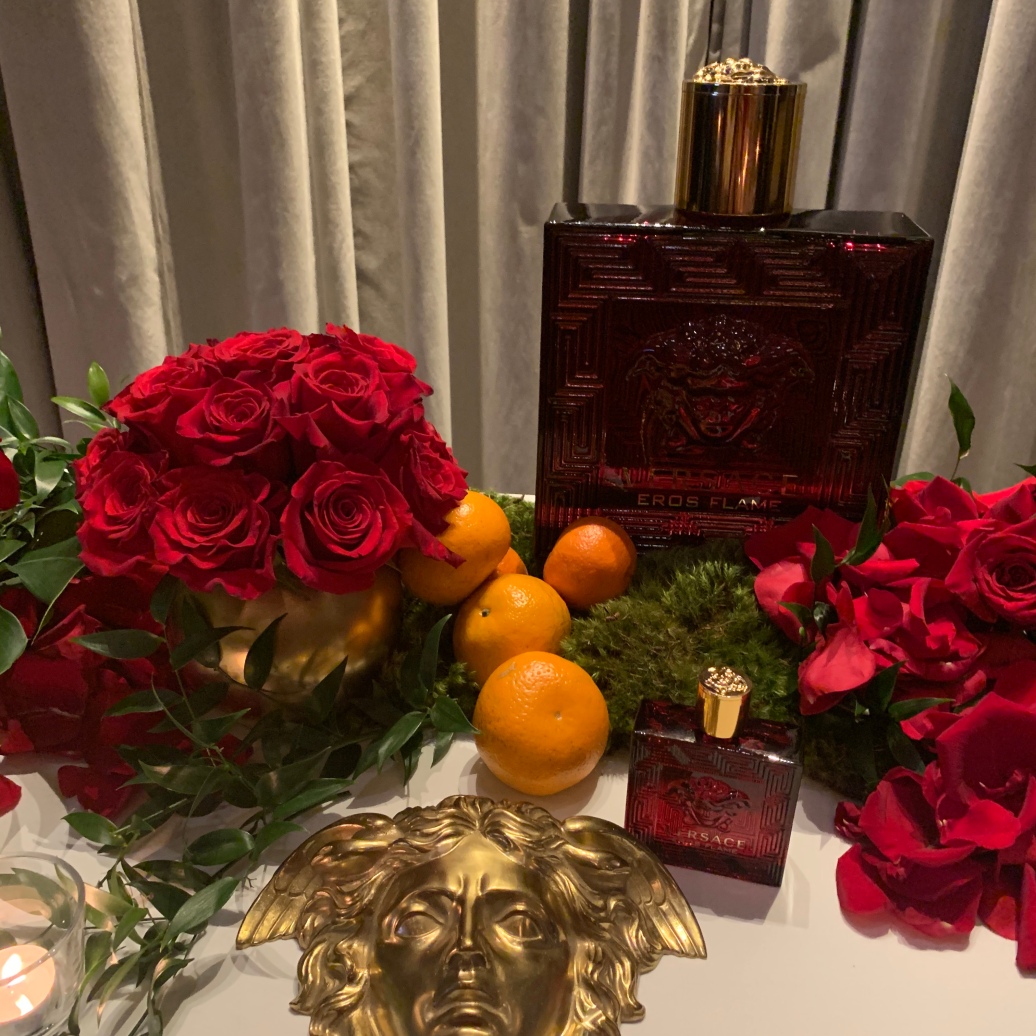 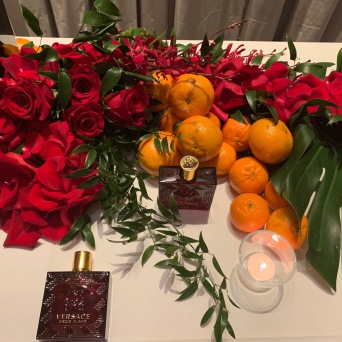 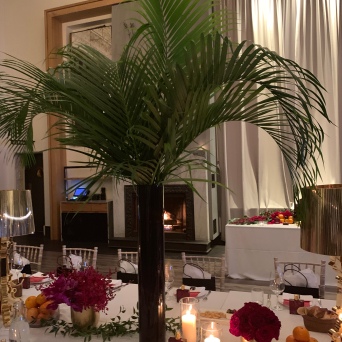 We took our seats, then dinner was served.  Such a delicious menu to choose from. 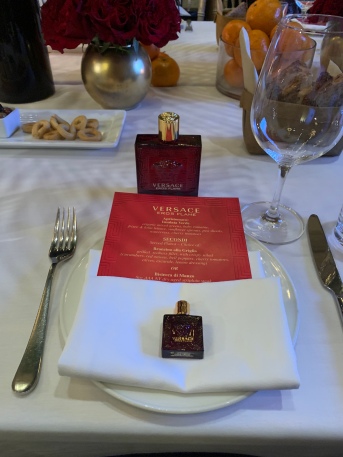 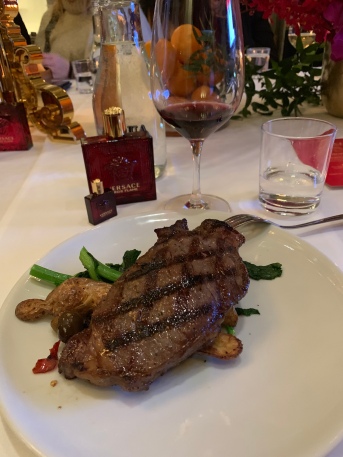 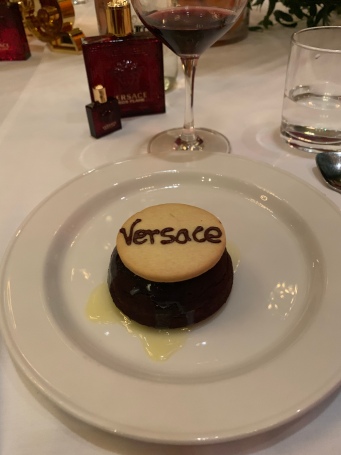 Melanie Caplan – National fragrance trainer and part of the Versace team began to tell us about the fragrance. Versace Eros Flame was created with the help of Donetella Versace.  Since her brother, Gianni ‘s death, Donetella has been the head of the house of Vesace and has made the brand into what it is today.

Versace Eros Flame is a fragrance for a strong, passionate, self-confident man who is in touch with his emotions.  An Amber – Woody scent that is loved by both men and women, a true unisex fragrance.

The evening came to an end, when Dave announced a huge surprise, we all got to go home with our own bottle of Moschino Toy 2 Perfume along with a bottle of Versace Eros Flame. 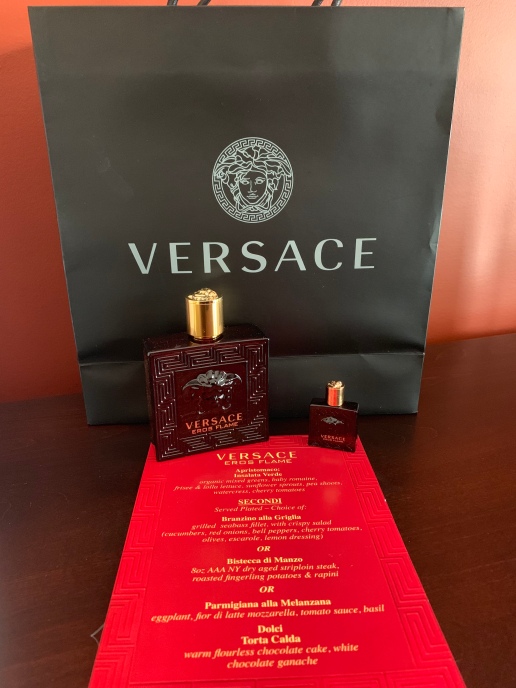 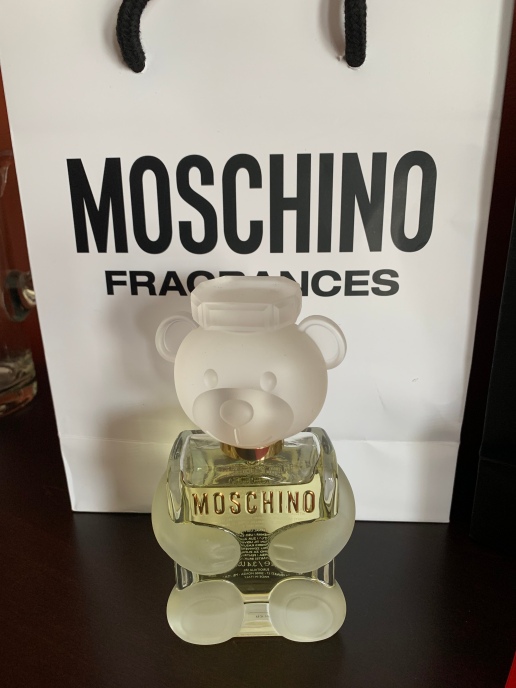 Thank you Dave and to the Versace team for letting me be part of this incredible event. 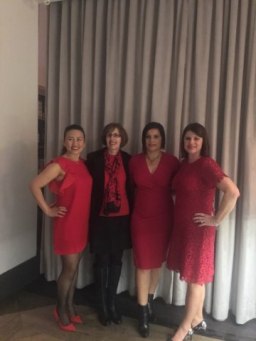 Such a fun evening, here are some extra photos of the eventing. 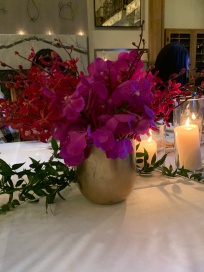 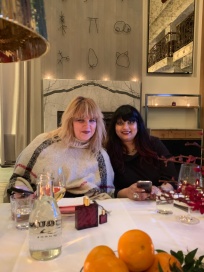 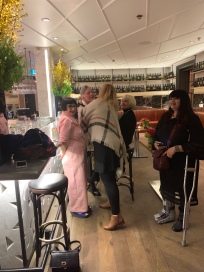 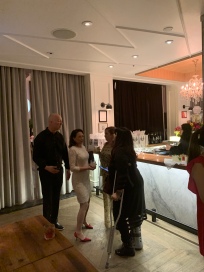