We flew to Rome on Aug, 26,2017,  on Air Canada.  We rented a villa but it wasn’t ready for us until our 2nd night. We stayed at the Hilton Garden Inn Claridge. This is on the outskirts of Rome, about a 20 minute cab ride to the centre of Rome. I would not recommend this unless you plan on not seeing any if the sites in Rome. It’s too far and can get costly going back and forth. I suggest you get a hotel in the inner part of Rome, around the areas you will be spending most of your time.

We hired a private guide, which I recommend, as you will get through the lines much quicker.   We paid 70€ per hour and worth it.
Our first tour was A stroll through Eternity. It was a 3 hour walking tour which started at the Spanish steps, with the famous Bernini’s Fontana Della Baracaccia (fountain of the ugly boat). Next we went to the Pantheon which is an ancient temple dedicated to the gods. Today this monument is a church which has several tombs of many famous Italian’s including Raphael. Next we walked to Navona Square where we saw the famous Fountain of the four rivers by Bernini. We continued to the Trevi fountain where we all tossed a coin to make sure we return to Rome one day.
We had dinner at Il Caminetto on Via DeiParioli near the Hilton Garden Inn.

Alter inside the Pantheon

Fountain of the 4 rivers

The next day we packed our bags early headed to Rome and walked around and shopped. Our villa was ready and we checked into our new place. What an amazing place with a fantastic rooftop terrace with views of Palazzo Nuovo. We had dinner at Al Moro , http://www.ristorantealmororoma.com/en 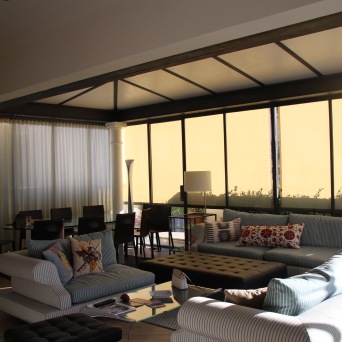 The next morning we were up and out by 9:30 am to do Vatican City tour. It was a 3 hour tour that started in the Vatican Museums which is made up of galleries with impressive numbers of art pieces and master pieces from great artists. We saw the worlds finest collections of sculptures, carvings, paintings and frescoes. We strolled through the Gallery of Tapestries and the Gallery of Maps. The Vatican is still collecting art from all over to add to their already impressive collection. We then moved along to the Sistine Chapel and admired Michael Angelo masterpiece on the ceiling. From there we entered St.Peter’s Basilica where then went into the Crypt of the Popes. Then out into St. Peter’s Square to end our tour. 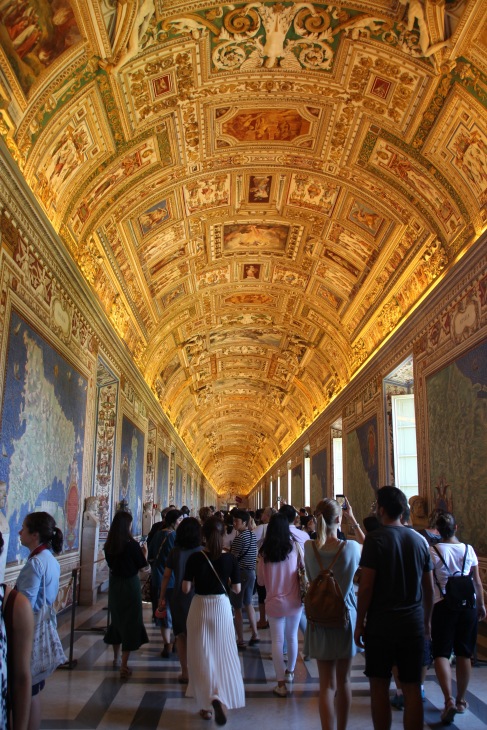 St. Peter’s Basilica in the background

That evening we did a food and wine tour. We went to 3 spots, Campo De’Fiori, the Jewish Ghetto and Trastevere. During this tour we visited local “enoteca”( wine bars) where we discovered local wines, food as we learned about the history of Rome. We also discovered the Norcia art of creating pork delicacies in a family shop that has been a landmark in Rome since 1890, in another we tried various cheeses paired with wines. 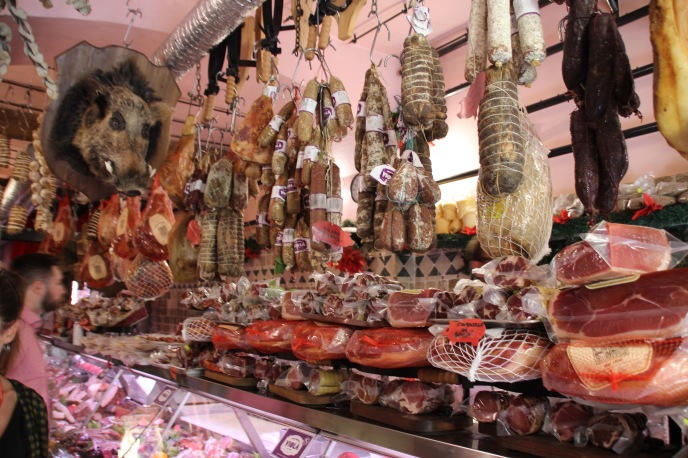 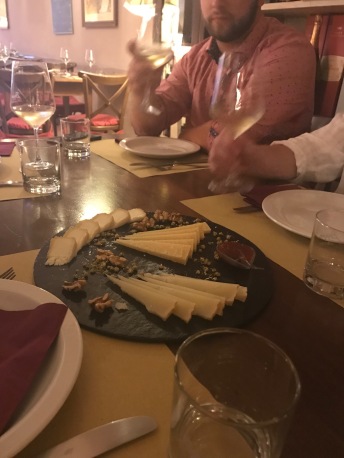 The next day was also an early tour, Ancient Rome, at 8:30. We went to the Colosseum, the Roman Forum, and the House of the Vestal Virgins. We walked around the amphitheater where the ancient Romans used to watch gladiator fights as well as other games. We then went  to the Roman Forum and saw the ancient ruins of the political centre of Ancient Rome. We saw the ruins of the Temple of Julius Caesar and the House of the Vestal Virgins. We had dinner at Trattoria Tritone, Via dei Maroniti, http://www.trattoriatritone.com/en/ 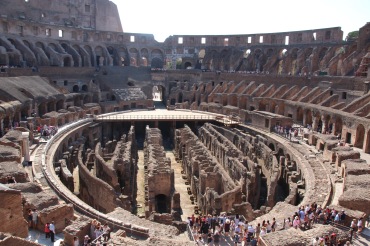 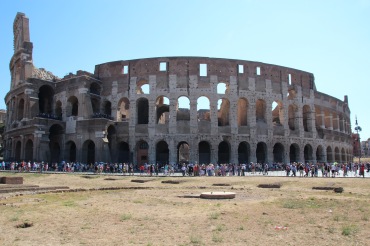 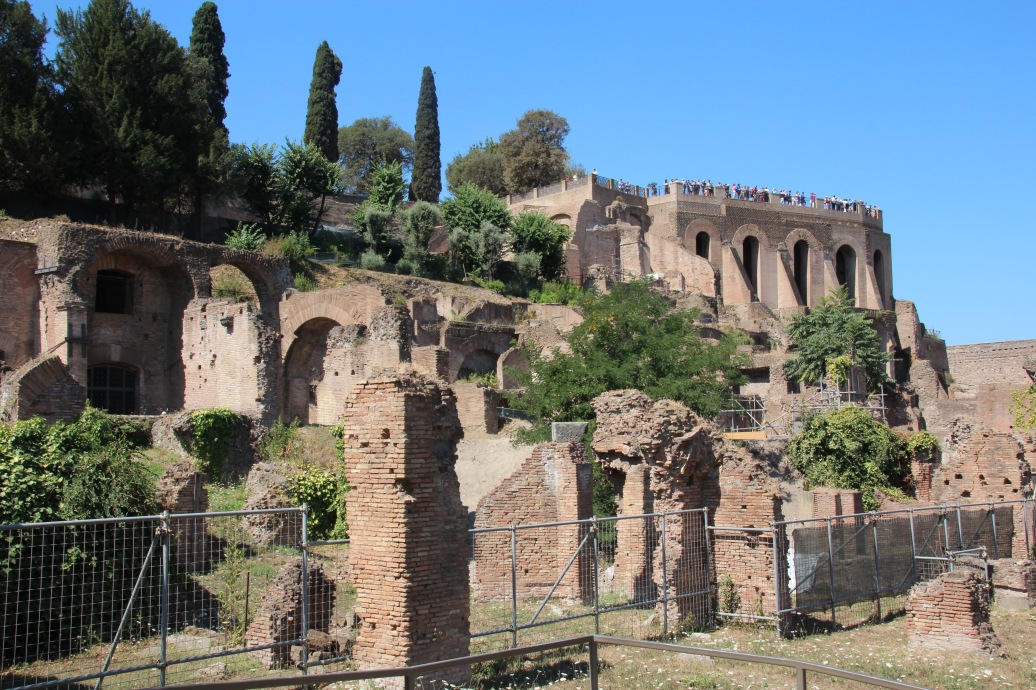 inside the Roman Forun

Our last day in Rome we walked around and found a great place for lunch, Ristorante Quirino, j ust a few steps from the Trevi fountain. Our last night we had dinner at Le Cave di Sant’Ignazio, http://www.dasabatino.it ; A great meal to end our stay in Rome.